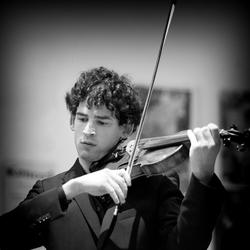 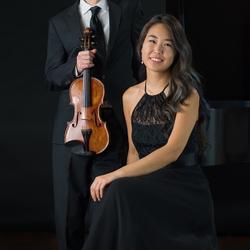 Violinist Benjamin Hoffman has been heard across Asia, Europe, North America, Australia, and New Zealand as a soloist, chamber musician and orchestral leader. He teaches violin in Los Angeles, and online for Craft Music and maintains an active studio. He has concertized with artists such as Ani Kavafian, David Shifrin, Peter Frankl, Wolfram Christ, Jorja Fleezanis, John Adams, and Gary Hoffman at festivals such as Yellow Barn, Chamber Music Northwest, Aspen, the Ojai Music Festival, and Music Academy of the West. Benjamin has performed in many of the premier halls of the world, including Carnegie Hall, the Wiener Konzertverein, the Berlin Philharmonie, the Seoul Arts Center, and the National Centre for the Performing Arts in Beijing. He has also had the honor of performing before former UN Secretary Ban Ki Moon as a member of Sejong Soloists at the United Nations in New York.\ \ Mr. Hoffman is an enthusiastic concertmaster and has led much of the symphonic repertoire both with and without conductor. He has also been a guest musician with the New York Philharmonic, the Baltimore Symphony, and the San Diego Symphony. He performs frequently with pianist Irene Kim as the BrightFeather Duo ([brightfeatherduo.com](http://brightfeatherduo.com/)). As a soloist, Benjamin's repertoire spans from the solo violin works of Bach to romantic concertos and contemporary premieres. Mr. Hoffman holds degrees from the Yale School of Music and Indiana University, where his principal mentors were Ani Kavafian and Alexander Kerr.