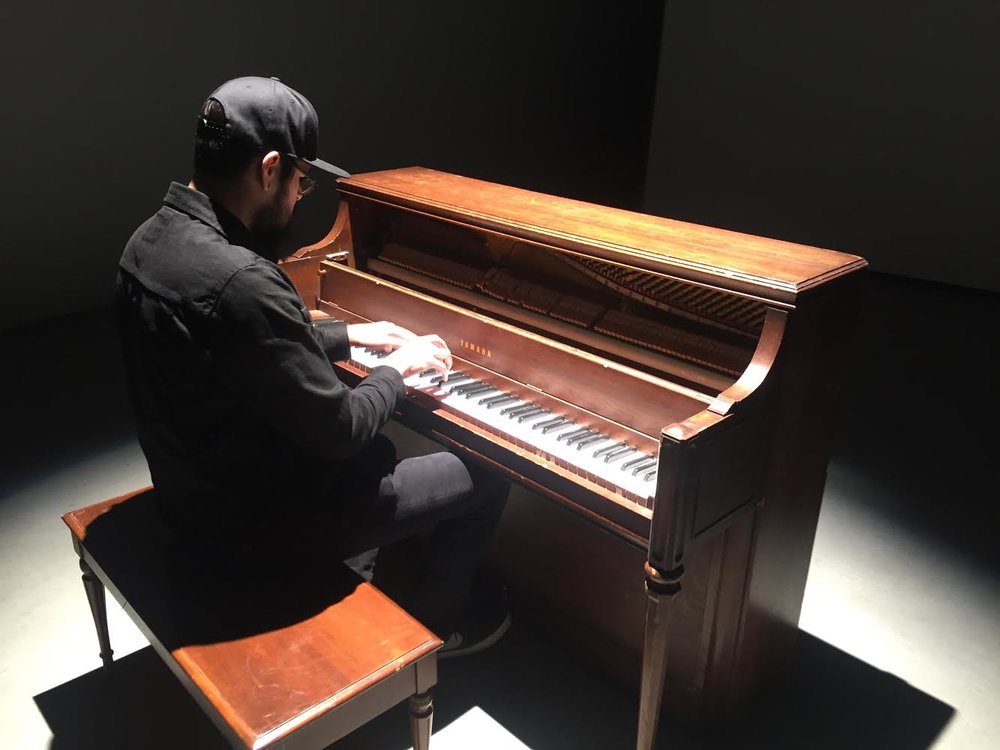 Jonah first began playing classical piano at age 8.  In high school, he was introduced to Thelonius Monk and promptly fell in love with jazz, funk, rock, and other groove and improvisational based music. He teaches piano performance, jazz and improvisation to all levels. In 2007, Jonah received the World Tour Scholarship to attend Berklee College of Music where he studied with incredible musicians and teachers including: Joanne Brackeen, Ray Santisi, Leo Blanco, Jamey Haddad, Laszlo Gardony, Mark Whitfield, and Tiger Okoshi.  In 2012, he graduated with Dual Bachelor’s Degrees in Piano Performance and Electronic Production and Design. In the short time since leaving Berklee, Jonah has accumulated millions of views and over 100,000 subscribers on YouTube channel where he features performances of originals and arrangements of EDM songs on his Nord Stage EX piano.  Aside from teaching, Jonah is a freelance keyboardist, and producer, and can often be heard performing about town.

This is such a tough question for me because I find inspiration from so many different artists and musicians. Growing up, Thelonious Monk played a huge part in introducing jazz piano to me. But before that I found huge influence from groups like Green Day and Rage Against The Machine. Currently I find myself very influenced by electronic artists like Flying Lotus and Lido.

I truly believe that you can learn something unique from every teacher on this roster because we all have our own musical perspectives and experiences. My strengths as a teacher lie within my diversity. I have no 'one size fits all' approach, but rather like to shape the lessons to the specific goals and needs of the student. Whether we are working on improvisation, composition, or making beats and expanding your music production knowledge, we're always working on goals that have been set by the student.

I attended Berklee College Of Music in Boston where I had the opportunity to study with many different teachers and mentors. But the learning began way before then -- starting at the age of 8 years old. I believe that I am still learning and have things to learn on the piano and about music in general. All of that said, the ONLY answer for how to learn an instrument is to put in the time!

I am endorsed by Nord Keyboards, Moog, and IK Multimedia - so of course those are some of my favorites! I love my Nord Stage 3 and my Moog Sub Phatty, but I also love analog synthesizers including my Prophet 6, Virus TI, and OP-1. I produce in Ableton Live and some of my favorite software instruments that I use are: Serum, Massive, Kontakt, and Omnisphere.

I think that my tenacity or unwillingness to give up easily has really helped me a lot in my musical journey. When I set my sights on something, I will accomplish it!

I honestly think of my 'instrument' as more than just the piano. I think of all of the sonic possibilities that a synthesizer has to offer and I think that separates the keyboard from the others. The other thing that literally is different from other instruments is the range --not many instruments have the full range that the piano does.

Children are great, but I'm not interested in babysitting. If you are serious and come prepared to the lessons, then we will work great together!

There have been many great experiences, currently one of my proudest is reaching 100,000 subscribers on YouTube and receiving the silver play button award.

I've played some really cool stages in my life, but I had the honor of playing keys and running playback with Rich Brian to an audience of over 15,000 people at the Head In The Clouds 2 Festival in Los Angeles.

My wife, Izza, and my tiny cat, Lowkey are the most important in my life. I also love playing video games and discovering new cuisines.

I have many musical goals, but one of the top is definitely to work on a Grammy winning record.