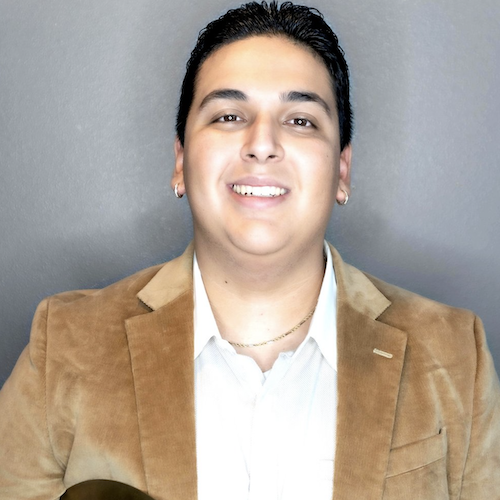 Mark Valdes is an award-winning drummer, percussionist, and composer based in Los Angeles. Born and Raised in Los Angeles California, he began playing drums and percussion at 13 years old and has been recognized by festivals and institutions nationally for his work in the jazz idiom. Early in his musical development Mark was fortunate to receive scholarships to be a part of the Colburn School of Music Community Jazz Workshop “Thursday Night Band” and “Big Band”. Under the direction of Lee Secard, both ensembles went on to be finalists in the Next Generation Jazz Festival, win multiple DownBeat Awards, and even get to perform at the 62nd Annual Monterey Jazz Festival. Currently, Mark is expected to earn a Bachelor’s of Music degree in Jazz Studies from the University of Southern California in the Spring of 2022. During his time at USC he has studied drums with Peter Erskine, Aaron Serfaty, and Roy Mccurdy. He has also received mentorship in theory and composition by renowned pianists Russell Ferrante and Alan Pasqua. Performing at venues and festivals across The United States, Mark has shared the stage with world-class artists such as John Daversa, Poncho Sanchez, Bob Mintzer, Barbara Morrison, Gordon Goodwin, Wayne Bergeron, Francisco Torres, and Willie Murrilo. Some notable venues/events include The Monterey Jazz Festival, The Walt Disney Concert Hall, The Central Avenue Jazz Festival; and is currently expected to perform at The Oasis Music Festival in Palm Springs California early 2022. Mark has received awards and scholarships from The Music Center *Spotlight*, as well as from the National YoungArts foundation. He was also the recipient of the Louis Armstrong Jazz Award in 2018, awarded to him by SCSBOA Director and Educator Maurice Mikel Limon, for his musical proficiency and contribution. As a teacher Mark enjoys teaching all styles of music, to all ages and levels of musicians, and is very passionate about sharing his knowledge and experiences whilst maintaining a positive and inspiring connection with his students. He believes the key to a brighter future in music lies within the mentorship and education that the future generations of artists receive. Continually striving to further his freelance musical endeavors, he believes that the best players teach and the best teachers play.

The Importance of Tone on the Drums

The deepest connection to the human anatomy, your heart beats in rhythm.

Extremely Well, I am very patient. I Love to find new ways to explain and teach concepts in the most clear and concise way possible. And I also strive to give children the mentored experience I wish I would have received at their age .

Playing with John Daversa, that man lives and breathes musicality.

Touring places such as Europe, Japan, and Australia are priorities in terms of my music related goals.