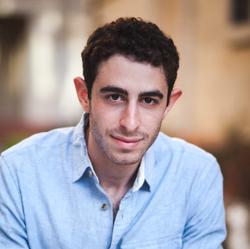 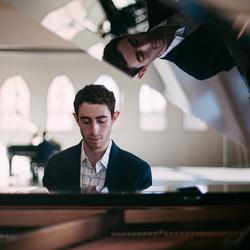 Max is a laid-back piano teacher with a ton of experience and skill. His students feel lucky they work with him. He sees teaching as a journey where the teacher not just instructs, but collaborates with their students. Max is a pianist/keyboardist, composer, producer, and music director based in Los Angeles, CA. He performs a wide variety of music on a regular basis and has played and toured with acts such as Raquel Rodriguez, Mestizo Beat, Anna Dellaria, and Michael Mancuso as well as with famous jazz artists such as Bob Mintzer, Dick Oatts, and Aaron Serfaty. Recently, he was the youngest participant in the jazz category of the 2016 13th UNISA International Piano Competition in Pretoria, South Africa. Raised in Dallas, Texas, Max went on to attend the University of Southern California where he graduated magna cum laude and earned degrees in Jazz Studies (B.M.) from the Thornton School of Music and Digital Media Arts + Practice (B.A.) from the School of Cinematic Arts. While in school he studied with many notable musicians and instructors including  Patrice Rushen, Alan Pasqua, Vince Mendoza, Peter Erskine and Russ Ferrante. His combo, the USC Composers Collective (led by Vince Mendoza), won first place at the 2017 Next Generation Jazz Festival and performed at the Monterey Jazz Festival.

I started taking lessons when I was 5

Calmly and respectfully. I am very patient with children and I give them a lot of respect which in turn makes them receptive to learning and paying attention!

Traveling around the world and playing music!

Donny Hathaway - Extension Of A Man

English and some Spanish