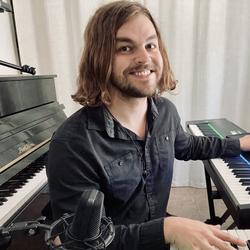 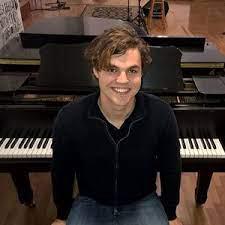 A pianist and film composer based in Los Angeles, Shane has been studying piano for 25 years beginning when he was five. Concentrating on the classical genre for much of his early years, he eventually expanded in a more well rounded musician, incorporating several styles and genres into his approach. He studied piano performance and composition at the University of Oregon, eventually earning a B.A. in Music Composition. Soon after completing his formal education, Shane moved to Los Angeles where he embarked on a career of teaching, live performance and music composition for film and television. Since then, Shane has taught for multiple schools, performed in several venues and has written scores for multiple production companies, composing music for channels such as Lifetime and Hallmark. He also eventually joined the Music Teachers Association of California where he prepares students for state musical programs. Shane uses a flexible approach when teaching piano and has a passion for helping each student discover their individual musical strengths. Genres that are typically covered are classical, rock, blues, EDM, ragtime, R&B as well as film and video game music. He also teaches composition and puts a high emphasis on creativity and expression in his lessons.

A lifetime of study and practice

Usually my Yamaha upright, but also some keyboards

Very well. I have experience teaching all ages.

Composing music for film and television!

A Piano concert at the University of Oregon.